Here is a link to yesterday's New York Times article about the Belgian tourist arrested by officers from the 34th Precinct while scaling the rocks in Fort Tryon Park.   Apparently, a deranged resident on Bennett Avenue called 911 and falsely reported a burglary of his apartment.  When the police arrived, he looked out his window and suggested, "that's him climbing up the hill into Fort Tryon Park."  The police then arrested and grilled the suspect before realizing the burglary report was false and releasing the hapless tourist. 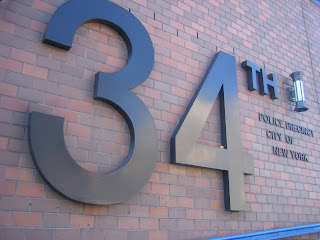 Posted by Hudson Heights Gazette at 7:04 AM