3/16/12 Update:  A sign on the fence now says the children's playground will be open in March and the rest of the park this summer.

According to the Department of Parks and Recreation, the playground at Bennett Park will remain closed for another six weeks.  Although the department had hoped to re-open the renovated space in late 2011, the discovery of a live electrical box under the area now requires corrective action.  Live wires and small children apparently don't mix well. 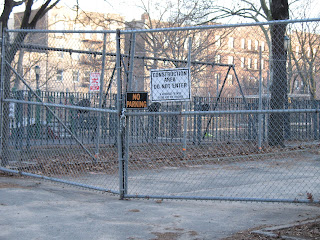 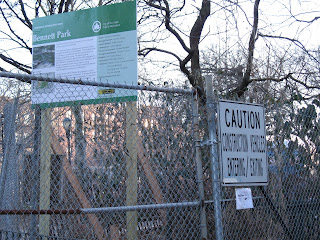 Email ThisBlogThis!Share to TwitterShare to FacebookShare to Pinterest
Labels: Parks and Recreation