The Cornerstone Chorale has been performing in Washington Heights since 1990.  Though their repertoire typically focuses on classical music, the upcoming concert embraces an eclectic selection of folk music. Conducted by Richard Stout, the concert features "some of the best loved arrangements from folk traditions of the United States, the British Isles, and around the world."
Performed at the Holyrood Church it's an opportunity to literally be surrounded by beautiful music. 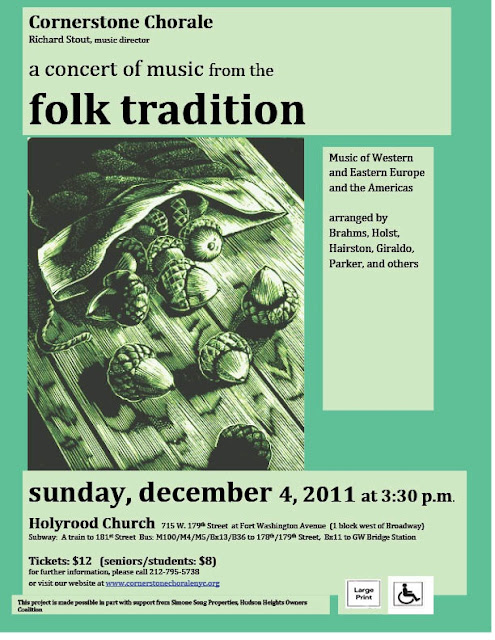 Posted by Melissa Moschitto at 10:08 AM