Figuring Out What to Pay in Hudson Heights

According to the January 25, 2011 Standard & Poors/Case-Shiller Home Price Index, real estate prices in major U.S. cities are continuing to decline, although less sharply than the dramatic drops experienced in 2007, 2008 and 2009.  Atlanta and Chicago are down about 7% over the past twelve months.  Miami and Las Vegas are down about 3% for the year.  These drops are certainly frustrating for owners and prospective sellers.  But they are nothing compared to the drops seen in the 2006-2009 period, where cities like Phoenix saw property values plummet 54%.

New York City and its suburbs are a different story.  Prices were relatively flat in the past 12 months, dropping about 1.7%.   And since the peaks of 2006, prices in the Big Apple are down about 20%.  These are notable declines, but they are much less dramatic than most cities in the United States. 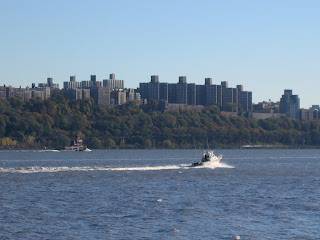 These general rules don't apply as well to three-bedroom apartments in Hudson Heights, which are in very short supply and very high demand among the area's many growing families.   For these apartments, particularly with two bathrooms or river views, pricing is much more variable.  For example, a small, modestly renovated, three-bedroom/two-bath apartment at Cabrini Terrace (without river view) sold for $580,000 in 2006 and $700,000 in 2010--a remarkable 20% rise during a major economic recession.  On the other hand, a unit two floors above in the same line (i.e., no river view), sold for $840,000 in 2006.  This niche market is obviously still settling out following the recession, so stay tuned.


Historical Perspective
The 1987 stock market crash and the ensuing impact on the real estate market may offer some lessons today.  According to the Case-Shiller index, national real estate prices dropped from about mid-1988 through 1991 in response to that crash, which temporarily eliminated 25% of the stock market's value.  From 1991 through 1997 prices remained relatively stagnant in the United States.    They then rose sharply, particularly in the New York City metropolitan area, until 2006.  We all know the story after that.
Are we entering a period of flat real estate prices like those experienced from 1991 to 1997?  It seems likely.

For a rough estimate of current home value, check out the Federal Housing Finance Agency.  Its website, www.fhfa.gov, includes a housing price calculator that gives relatively good estimates of value.  For example, if a property was purchased in 1999 for $350,000 in New York City, the calculator indicates a present value of about $642,000.  Based on some recent sales in the area, the calculator is relatively accurate and reflects the City's 20% drop in prices from the peaks of 2007.


If you're a seller and know your original purchase price, this calculator can help you price your home properly.  If you're a buyer, the trick will be finding the seller's original purchase price, which may be available from the N.Y. Times real estate website, ACRIS (the NYC Department of Finance property registry) or from the New York City Department of Finance property tax valuations.

Posted by Hudson Heights Gazette at 9:09 AM